OK so I'm a big fan of the novels, but using every unbiased bone in my body I thought this was by the far best Tarzan film I've seen since my childhood. The script wasn't taken from an Edgar Rice Burroughs (ERB) novel which is a shame, but it had all the ingredients of these epic tales. I wasn't a fan of Greystoke, Legend of Tarzan. That dwelt on Tarzan's upbringing with the apes, which was relatively close to the book, but then it deviated hugely from the book when he is in civilisation and that ruined it for me.

Legend of Tarzan gets it right in my view. Lord Clayton in London is indistinguishable from other lords. But, once in the jungle, he becomes Tarzan and, like the books, he is an immovable force that nothing can stop (Alexanader Skarsgard plays an apt role). All ERB's books have the heroin in dire straights and the hero having to rescue her. Legend of Tarzan uses that theme but brings it up to date with a modern slant that Jane isn't quite as helpless as the villains would like. Margot Robbie is nicely cast as Jane.

The scenes shot in Africa are beautiful. The CGI is good and the apes play their part well. The tale uses flashbacks into Tarzan's upbringing and I thought that worked well. The story is an adventure and doesn't dwell too much on his past. Instead it's a romp across Africa with diamonds at the heart of the tale. Great stuff.

Coming Soon New Book Covers for the Prophecy of the Kings

I have just invested in new book covers for my books. Let me know what you think. these are the Kindle versions and may take a few days to appear. All comments welcome 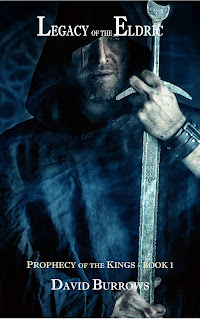 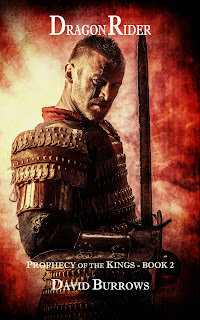 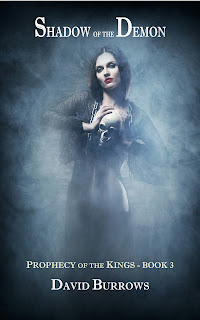 A Tribute to the Fallen: Ghosts and Mayhem.


My thoughts turned to my comrades. We would meet again. Next year.
Posted by DavidjB at 14:26 No comments: