Gardening "not to do" tips

In one morning I broke;

I'm not very good at gardening but very good at breaking stuff!! OK I admit I was digging up a tree root the size of a small tree, but the garden fork did have a 15 year guarantee. Now, only if I could find the receipt.

I was going to replace the handle of my axe but my wife put it out with the cat litter. After much debate I felt a new axe was in order.
Posted by DavidjB at 11:50 1 comment:

The competition is generating some interest and one or two folk have now found the story "A meeting of Souls." I've dropped some hints http://forums.loquax.co.uk/showthread.php?p=3577187&posted=1#post3577187

To repeat them here - the story is reasonably easy to find. It's over a page in length. It's not hidden with much difficulty. I'm not that cruel! It is not hidden in a download.

See the blog post below this one for details. The story is hidden somewhere in my web site http://davidburrows.org.uk/

Try clicking on the Navigation Bar!!
Posted by DavidjB at 12:18 No comments:

Short synopsis - Legacy of the Eldric

The The legacy of the Edric (book 1 of the Prophecy of the Kings) is a moving story that's been described as bitter sweet. It follows Kaplyn, an Allund prince, who naively seeks an adventure before the tedium of court destroys him. He is swept into a furious cascade of events that sees his life completely upturned. A sorcerer, Vastra, recruits him to seek an Eldric talisman, but Vastra is greedy and lusts for power. Their journey traces the route the Eldric took hundreds of years ago and ends deep in the heart of a mountain where an ancient power resides. A cataclysm of forces disrupts the very foundation of the worlds and a rent in the fabric of space allows the spirit of a dead emperor to cross the Divide. Not content with destroying one world his ghostly gaze now alights on another.

Read the reviews at http://davidburrows.org.uk/reviews_prophecy_kings.html There are some really good reviews to date and all are very much apprciated.

If winter is getting you down have a look at my fantasy jokes at http://davidsfantasyjokes.blogspot.co.uk/


Help me out and send me yours. Elephant jokes can become troll jokes. Give it a go. :)

Competition hint - win a copy of my trilogy, last week!

The competition is generating some interest and one or two folk have now found the story "A meeting of Souls." I've dropped some hints http://forums.loquax.co.uk/showthread.php?p=3577187&posted=1#post3577187

To repeat them here - the story is reasonably easy to find. It's over a page in length. It's not hidden with much difficulty. I'm not that cruel! It is not hidden in a download.

See the blog post below this one for details. The story is hidden somewhere in my web site http://davidburrows.org.uk/
Posted by DavidjB at 16:13 No comments:

This month - March, I'm giving away a copy of my trilogy. Yes, that's three books in one. Have a look on my site for this month's rules. http://davidburrows.org.uk/

My book has won a Gold Award so it is doing well. It is fantasy so if you know someone who enjoys fantasy - or you do, give it a try.

The competition is easy. I've hidden a story on my site (A Meeting of Souls) Find it and follow the rules on my site and you could have a chance to win my book. The prize will be drawn in April and the lucky winner announced then. Good luck. 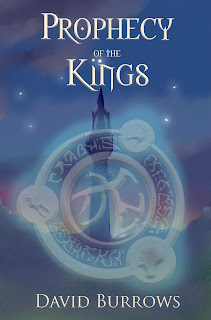 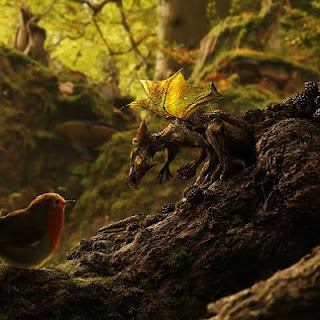 The best ghost story I heard was a chap working in the crypt at York. I visited York fairly often and stayed in many bed and breakfast places over the years and on one occasion I believe I stayed in one owned by his  mum. Anyway, an excellent tale.

As I said the chap was working in the crypt. He stopped work when a file of Roman soldiers appeared out of a wall and marched past him. He reported being very afraid and felt that if he said something they would have seen him. The strange thing was, he could only see them from their knees upwards.

OK so it's another ghost tale. What makes this interesting is when he described the uniforms and shields an expert was able to tie it down to a specific legion. Also, in excavation I believe they showed the road surface was a foot or two below where the workman was working, hence only see the soldiers from the knees up.

Apologies if I don't have all the details on this, That's the problem with second hand tales. If anyone can fill us in... Better still if you have a tale to tell add it in the comments.
Posted by DavidjB at 09:01 No comments:

Another ghostly tale - from Rotherham this time.

My father didn't believe in ghosts yet he had an awesome tale to tell. Shortly after getting married he and my mother rented rooms in a house owned by an old lady. They rented the upstairs rooms. The lady owned a dog and it would not enter one of the ground floor back rooms. Apparently it would stand outside the room,  looking in and growling.

One night my father heard what he described as a party going on from the downstairs room. He got up and went downstairs as the merriment continued. He heard the sounds of laughter and the clinking of glasses right up to the moment he entered the room and then the door mysteriously slammed shut behind him. To say that he was shocked was an understatement. He went around all the windows and they were securely shut and there was no sign of any party.

Some years later and my parents had moved on. At one time, being in the neighbourhood, they went back to visit the old lady and found a for sale sign up. They went to the estate agent and were told the old lady had died. My father asked when and it was. It turned out to be a year or so back, which surprised him as the house clearly hadn't been sold in that time and he commented on that.

"Yes," the estate agent acknowledged. "It's got a reputation as being haunted."

My father adamantly didn't believe in ghosts, but I think he was not surprised by this. Anyway, the house was in Rotherham so if anyone can elucidate then let us know.
Posted by DavidjB at 13:41 2 comments:

Ghostly goings on, on Rannoch Moor

I love ghost stories. I remember telling ghostly tales with my brother, sister and friends when I was about 7, in my grandparents' caravan. Being young we were very gullible. However, are we any less gullible now we are older?

I spent a few nights in a school on Rannoch Moor when I did my Gold Duke of Edinburgh award. My room, shared with 4 others, was succinctly named hell room. No idea why and apart from my early childhood I never let ghosts worry me too much.

However, in the middle of the night I awoke and looked out to the centre of the room and was convinced someone was kneeling there in prayer. It was dark and my eyesight is dreadful! I have worn glasses since I was seven and I don't deny I can't see without my glasses. What I was looking at, in the dark, was a shadowy shape with light patches where a face and hands might be. It was too short to be someone standing, so I had convinced myself that they were kneeling.

I reached out for my glasses, but as my hand hovered over them I decided it was just as likely to be a rucksack with a white towel on top. That's how bad my eyesight is. The object was in the centre of the room a few paces from the end of my bed.

I decided I was being foolish and went back to sleep without taking a proper look. The strange part is,  in the morning there was nothing at the end of my bed. Nothing at all in the middle of the room. I asked the others about it and they had not moved anything. Now, I've freely admitted that my eyesight is bad, but I can see an object especially something at the foot of my bed. I may not be able to tell what it is, but I can see the shape. Spooky! Especially with the room being named hell room. Anyone who went to the school, was there a reason for that name?
Posted by DavidjB at 16:38 1 comment:

Vote on my Wattpad links

Here are some of my chapters on Wattpad. You can vote on them if you like and let me know what you think of them;

Here is my motivation behind writing the books - for fun :)

Tell me which you prefer.

David
Posted by DavidjB at 16:21 No comments:

There's a new Star Trek film coming - in May. Into Darkness. Check the link below. Brilliant.

Fantasy fans - book 1 of the Prophecy of the kings is now free for a limited time to download at https://www.smashwords.com/books/view/291263

There's loads of different formats so give it a try. Let me know what you think. Enjoy.